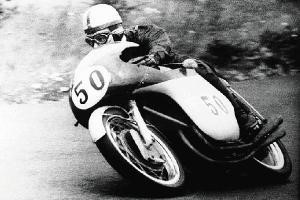 “You don’t talk to Surtees long before you realize you’re dealing with a racer who has the soul of a mechanic and craftsman, with a deep, abiding love for machinery and its place in history”.