Technological Forecasting is difficult and sometimes we come out with egg on our face. Take the following examples:

“Considering the sports car as a whole, it is in the power unit where we can expect the most striking changes in the next ten to fifteen years. The gas turbine must eventually replace the piston engine as the power unit of the family saloon. There is little doubt of this….”

This quote is from the book The Sports Car, its Design and Performance, by Colin Campbell, MSc, AMIMechE. The book was published by Chapman and Hall of London, in 1956. It is a generally excellent work, with much that is still relevant with respect to chassis and engine design. But there are no gas turbine cars in production today, in the 21st Century. The only significant vehicle application of the gas turbine is in the American Abrams tank.

“……the prospects for large scale application of the ZF automatic transmission within Germany appear therefore, rather slender.”

This quotation appears in the book Automatic Transmissions by R F Ansdale, AMIMechE, MSAE, published by Foulis in London in 1964.  ZF today is not only one of the largest producers of automatic transmissions in Germany, but in the world.

For decades in the last century, the highest form of engine combustion chamber was the hemispherical head, revered on both side of the Atlantic as the ultimate in engine design. One Chrysler engine was and is in fact known as the Chrysler Hemi. The English Jaguar XK120 engine was another classic hemispherical design, shown in the figure here below.

The was much nonsense spoken in the motoring press at the time about why the hemispherical head was the best, including the statement that the hemisphere provided the best surface to volume ratio, meaning less heat was lost to the coolant and more heat was converted into power.

In fact, the reason for the head shape was that it could accommodate bigger valves, which meant more oxygen into the combustion chamber than through smaller, vertically stacked valves.

The other advantage was that the large included angle induced a measure of turbulence, always good for combustion. But conventional vertical valve heads also offered turbulence because of “squish” areas, which were areas where the piston almost touched the head allowing gas to be squished out in highly turbulent streams.

An interesting mathematical exercise is to determine how many valves, if mounted vertically, will maximise the area available for induction. In other words, how many circles can one fit inside a circle representing the cylinder bore, to maximise the area? All circles must touch the outer diameter, and there still has to be place for a spark plug and/or possibly a fuel injector nozzle. The answer is four or five, with almost identical total areas in both cases. Some Yamaha motorcycles have gone the five-valve route, with three inlets and two exhausts. (The pressure to get air into the cylinder is less than the gas pressure to get the exhaust out, even if the engine is supercharged, and hence inlet valves are often bigger than exhaust valves, or more valves are used).

The alternative to the large valves at a high included angle was to have more than two valves per cylinder. But Philip Smith in his book, The Design and Tuning of Competition Engines, also published by Foulis in 1963, stated that four valves per cylinder was not a good idea because of extra friction leading to induction losses.

Then came Honda with its four-valve-per-cylinder motorcycle engines. The small, light valves allowed very high RPM and a greater area for induction, but still with high included valve angles. Thus, the reign of the hemispherical head started to be precarious. Clive Duckworth of Cosworth fame, offered the coup de grace with engines with four valve heads and narrow included angles. These engines developed more power, size for size and with equivalent compression ratios, than hemispherical engines did. Such Duckworth-type heads are now common even in family saloon cars. Hemi RIP. 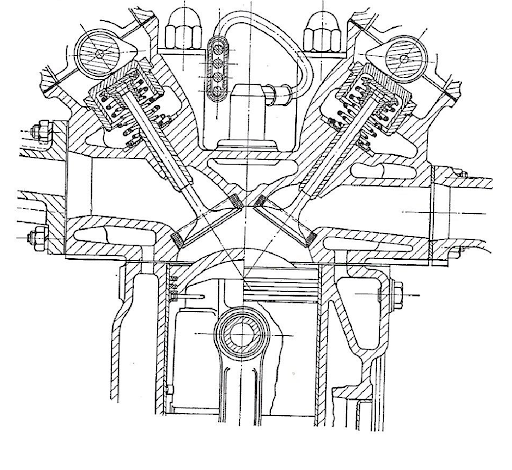 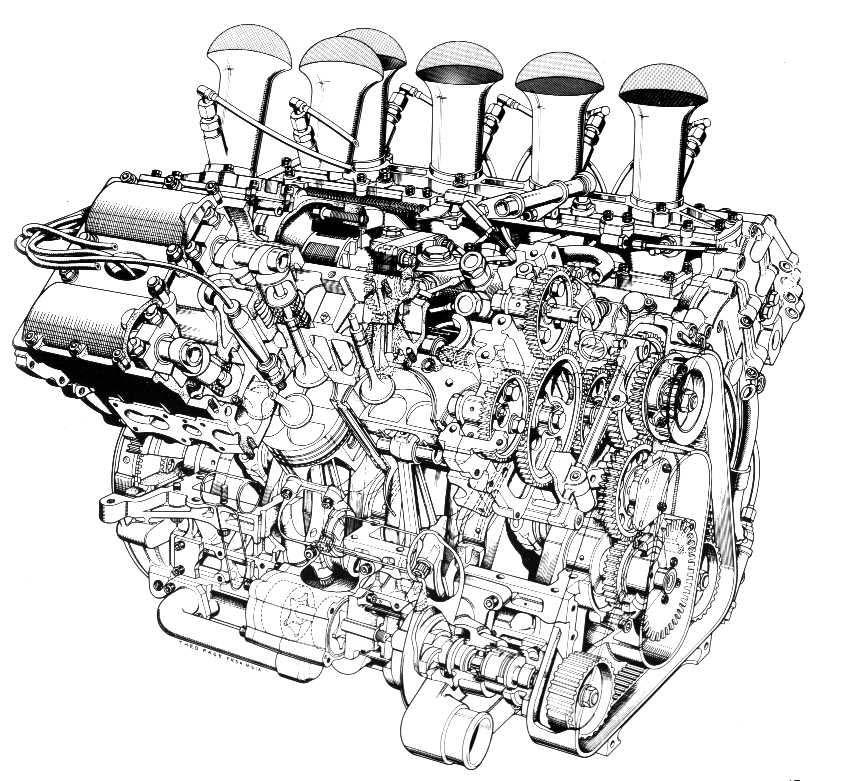 In the future we will talk about Cold War aircraft and their unreliability. During the Cold War, the West could not admit that they had produced some real turkeys. The truth is now out, however. British and American, some of the aircraft were so bad they killed more of their own than any of the enemy. We will be discussing the Supermarine Swift, the Gloster Javelin, the North American F-100 Super Sabre and the Lockheed F-104 Starfighter.